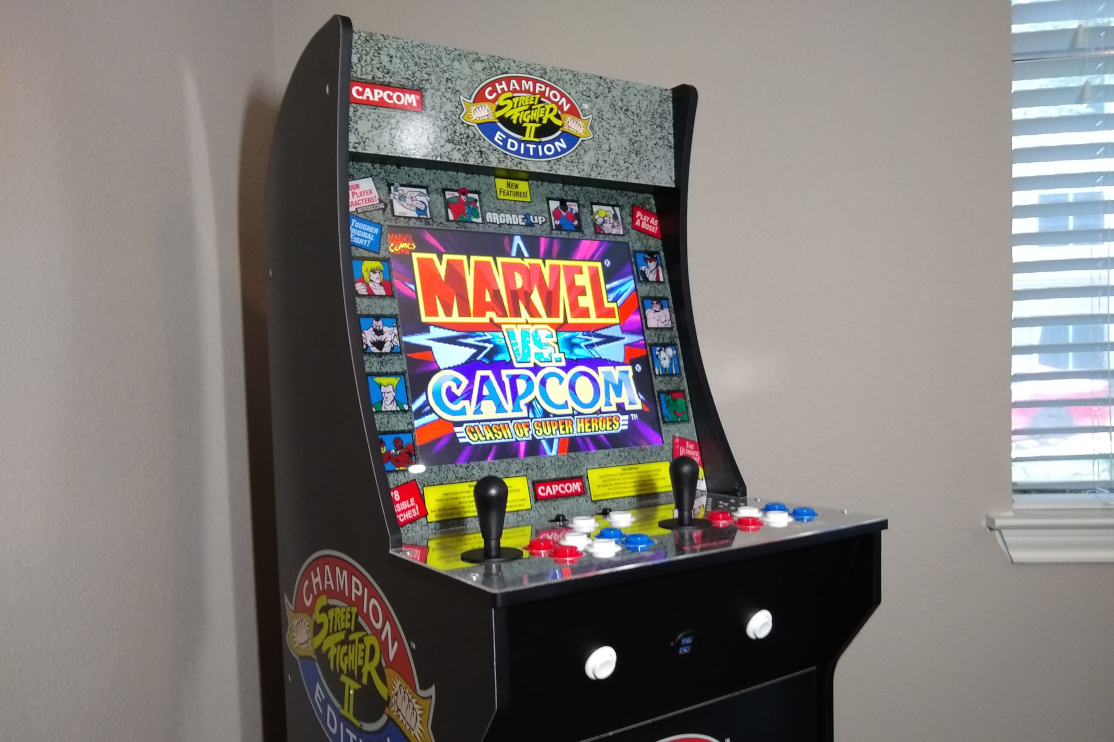 Growing up in the 90s I experienced the last days of the 'arcade era.' I grew up with games like Marvel vs Capcom and Mortal Kombat in my local arcade. Arcades still exist but they are different creatures now.

MAME is a software platform that allows you to emulate arcade games. Ever since I heard of it I wanted to make my own arcade cabinet and share my favorite arcade games with my kids. Initially I planned to build the cabinet from scratch but I recently moved to a different city and lost my workshop. A co-worker suggested I purchase a pre-made Arcade 1up machine and simply convert it to run MAME. This was a fantastic approach since I could complete the whole project in my apartment over the weekend. I only ended up spending around $390 on this project as well, also making it one of the cheapest options for a home MAME cabinet.